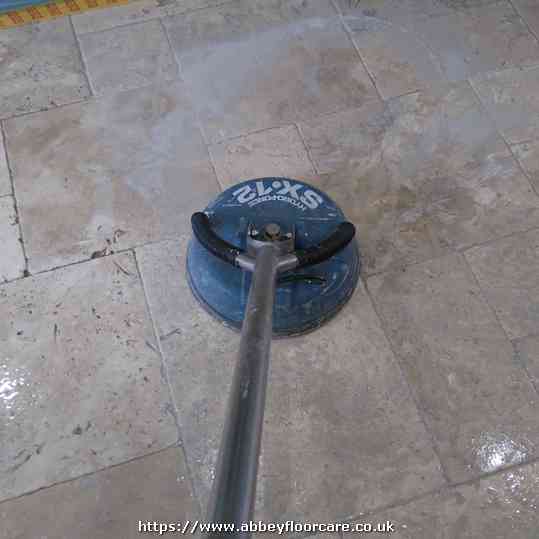 Provide The Size And Kind Of Stone

We Shall Reply Quickly

We Agree A Work Date 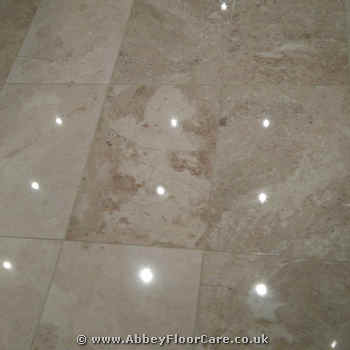 As time passes, Marble will end up worn and loose its finish. Scratching and etch damage build up and remove the initial surface. Marble Polishing is the only way to reinstate the initial appearance.

We work with industrial-grade machines and industrial diamond tooling to grind, hone and polish the stone. to the highest standard

It is very almost unachievable to lay a marble floor perfectly flat. We can grind away the irregular edges of the tiles, making the floor surface flat. This is an involved process however the results are dazzling.

After grinding, the grout sits is level with the marble. The marble floor will have a monolithic appearance as just one area of marble.

It is easier to maintain a smooth marble than an irregular floor. There are no uneven grout lines to trap soil. Marble restoration typically features some crack and chip repairs, using marble fillers. Once we inspect your marble floor, we can recommend he best marble restoration service.

Find out about our Marble Polishing Lincoln services in addition to our extensive professional cleaning  systems or Book a Quote. 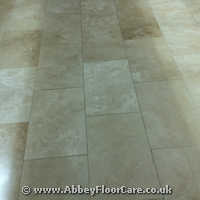 A Travertine floor has a porous structure, with lots of holes. Travertine floor tiles qre available in a range of finishes, tumbled, smooth honed and polished. The original hole filler often comes out, permitting the holes to fill with dirt and soil.

Working to the highest standard, Travertine floor cleaning and restoration professionals use industrial-grade sealer removers and rotary scrubbing equipment to get rid of the layers of old sealers and ingrained soil. 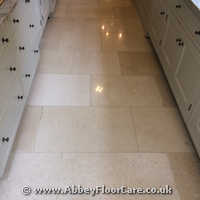 Progressively Limestone will loose its initial appearance. The dullness is caused by tiny scratches on the surface of the Limestone where it was walked over. Limestone Polishing is the best way to reinstate the shine. We use specialized machines and industrial diamond tooling to grind and polish the stone.

Following grinding, the Limestone and the grout are at the exact same level. Mopping a ground, honed and polished Limestone floor is like cleaning a single slab of glass. There will be no uneven grout deressions to trap soil. If your Limestone floor has chips or cracks, we can repair them with resin fillers, closely colour matched with the Limestone. The restoration needed is going to be decided by the current state of the floor. 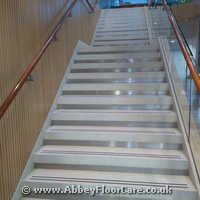 Terrazzo has been used for thousands of years as a decorative flooring The original finish on a Terrazzo floor will steadily go dull. Minute scratches and etch marks build up and remove the initial surface.

Sooner or later, the Terrazzo will need to be polished to the highest standard. We use diamond polishingto bring back the original Terrazzo shine. Once the Terrazzo is cleaned and polished, we could apply a sealer which provides protection against daily spills. 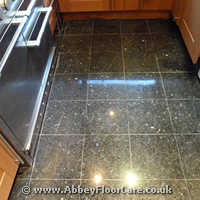 You are able to find granite in lots of domestic homes and commercial buildings. Granite is a tremendously hard wearing flooring, perfect for heavy-duty traffic lanes. The surface on Granite lasts much longer than other stones or tiles.

Granite is so hard, that lots of companies don't have the apparatus or skills to restore granite floors. We have invested in the experience and equipment to revive your granite floor. to the highest standard. 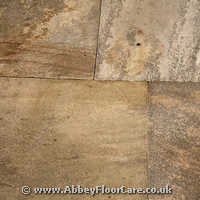 Sandstone is made from highly compressed sand, including various minerals such as quartz and feldspar. Whilst sandstone is sturdy it is also porous, so soil gets caught in the surface and it is hard to remove.

We use a variety of machine scrubbing, hand scrubbing and pressure rinsing to eliminate all traces of old soiled sealers and clean the floor to the highest standard. We then apply a long-lasting sealer which also makes your sandstone floor better to clean. After inspecting the tiles, we are going to advise the most appropriate Sandstone restoration service. 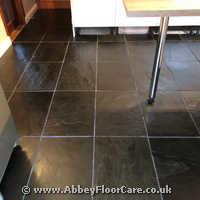 Slate is an extremely popular floor and wall tile due to its low porosity and the many textures and varieties of Slate available. Slate needs regular sealing to stop soil and spills marking the finish.

We use a mixture of machine scrubbing and hand scrubbing to get rid of all traces of old dirty sealers and clean the tiles. After our professional cleaning is completed , the floor is left to dry, then put on a long-lasting, easy to clean sealer.

If you like a smooth finish, we could grind the tiles, but we need to assess the slate before grinding. 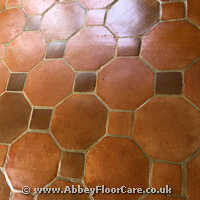 Terracotta is one of the most porous floors which we come across but has been used for floor tiles for millenia.

Whilst we are able to seal Terracotta with Linseed oil and wax, we advise a durable synthetic sealer which will work for years, with minimum maintenance. 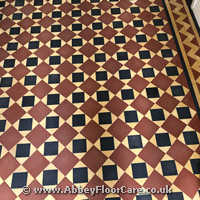 Victorian tiles are produced from natural clay and have a natural non-shiny finish.

Quite a lot of these floors were initially sealed and then covered up with carpet and lino.

The main issues with victorian floor tiles is removing years of oils, polishes, dirt, waxes and grime while not doing damage to the floor.

A colour intensifying sealer is put on after cleaning, to bring back the original colours into the tiles. Topical sealers and waxes can give a floor a sheen or glossy finish. 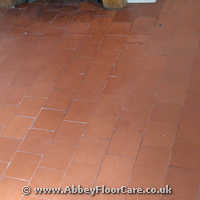 Quarry tile floors were once a major feature in terraced houses and farmhouses across the country, however, many of those floors have fallen into different states of disrepair.

One common problem is previous coatings of sealer which have to be taken off.

Professional cleaning will remove the several years of dirt and old sealers, exposing an attractive floor. Quarry tiles in many cases are laid with no damp proof membrane, therefore we need to apply just the right sealer to allow the tiles to breathe. 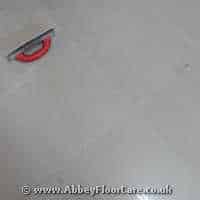 Porcelain is actually a ceramic mix with sand and feldspar included to develop a denser tile.

Inferior porcelains have surface pores which will absorb soil just like natural stone floors. It may be hard to remove this soil.

We possess the experience and equipment to eliminate this difficult to reach soil.

If the porcelain is a solid colour, we are able to resurface the porcelain, the same as granite or marble restoration.

Find out more about our Porcelain Tiles Cleaning Sleaford floor restoration services and also our substantial professional cleaning service or Book a Quote. 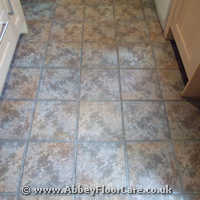 Professional cleaning of Ceramic tiles is generally easier when compared with cleaning and restoring natural stone floors or clay tiles.

A glazed finish is simpler to clean.

Nevertheless, professional cleaning, specialized cleaning agents and equipment will give the most effective results.

Immediately after cleaning we put on a specialist sealer. A sealed floor is easier to keep clean and a sealer helps avoid stains.

Discover more about our Ceramic Tile And Grout Cleaning Sleaford cleaning method including our entire professional stone floor cleaning treatments or Book a Quote utilizing a business that will work with the highest standard in stone and tile.

Most natural stone floors have cementatious grout lines. Grout is generally softer than natural stone stone and tile and much more vulnerable to abrasion and chemical wear and tear. Many stone floors also frequently need to have crack, chip or hole repair.

We use resurfacing to remove surface damage due to acid etching and scratches. Natural stone can be ground to reveal a brand new surface.

Our team use the highest standard diamond polishing machinery to grind and polish Granite, Terrazzo, Polished Limestone and Polished Travertine floors, and revive the original finish. Slate, Clay, Honed Travertine, Honed Limestone & Sandstone tiles manage to get thier polish from a surface sealer. The old, dull surface sealer is removed and a brand new gloss sealer is used to generate the high shine.

Stone Floor Cleaning Lincolnshire
And Throughout The Country

is a county in the East Midlands of England, with a long coastline on the North Sea to the east .

The county town is the city of Lincoln, where the county council has its headquarters .

Part of the ceremonial county is in the Yorkshire and the Humber region of England, and most is in the East Midlands region .

The county is the second-largest of the English ceremonial counties and one that is predominantly agricultural in land use .

The county is fourth-largest of the two-tier counties, as the unitary authorities of North Lincolnshire and North East Lincolnshire are not included .

The county has several geographical sub-regions, including the rolling chalk hills of the Lincolnshire Wolds . 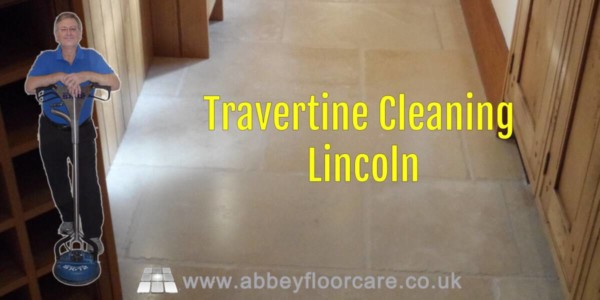 The client had applied a solvent-based sealer that had reacted against the existing sealer, giving a sticky uneven finish. I used a solvent sealer remover to remove all traces of the old Travertine sealer, and grout filled a few deeper holes to make cleaning easier. To finish, I applied several coats of water-based film-forming sealer to give a hard-wearing finish. 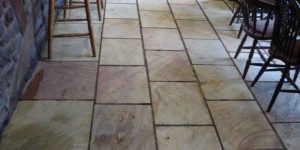 The best way to remove ingrained soil in Sandstone is by using powerful detergents to emulsify the deep-rooted soils and fats, followed by pressurised rinse water to carry away the emulsified soil.

The client was very impressed with the results and commented that they had never been able to get the floor as clean before. 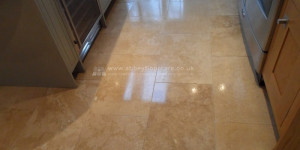 This Travertine floor was over 10 years old and had been well maintained. However, there were lots of holes caused by collapsed filler and the finish had worn in the traffic areas.

I deep cleaned the Travertine floor with a rotary scrubbing machine and Travertine Cleaners.

I filled the large holes with a hard-wearing grout.

Once the grout had dried, I sealed the floor with a hard-wearing, film-forming sealer. 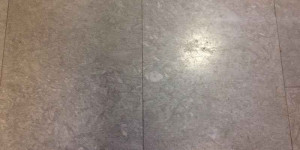